Let’s start with the fact that vaping and smoking are two different things. Lot of vaping skeptics and simply totally uninformed people trying to equal both these phenomena. They are completely different.  The whole processes differ. Result of fire is smoking. Result of vaping is vaporization. Yet ordinary people still see both these things as equal, probably by somewhat related appearance of the whole process. Once the again they are totally different, I know you are tired of reading this, but just to be sure.

I can see where it’s coming that many people make associates like that – vapor and smoke. They indeed do look the same. These are like kettle with water boiling and some fire in the forest. Both have those “airs”. When somebody smokes, they “puff” cigarette and exhales nothing else but smoke. Vapers for example “puff” some vape pen or atomizer or anything related and exhales vapor. To average eye they look identical. Moreover, first vape pen was called, what? E-cig or electronic cigarette. Vaping – very new term and e-cig is no matter what strongly associated with smoking. So, if it looks the same and have same names it will be obviously associated with smoke.

But the fact is the vapor is not smoke. Electronic cigarette does not produce smoke, or even some “vape” smoke or anything similar name. Vaporizer or e-cigs produce vapor. And here lies that BIG difference. Later here, we fully define what is what, each term. Moreover, we will cover all differences between those both. And to summarize it all we will let you decide which is safer, not stating themselves that vaping is safer than smoking obviously. You will be the person who will make final decision after reading this whole big article. We’ll start with smoke. 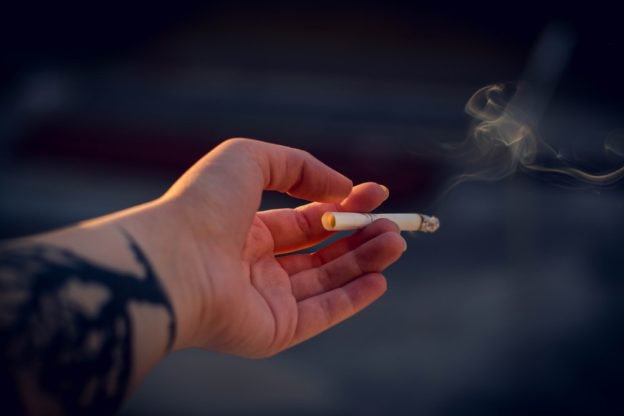 To put it simply it’s collection of various things like liquid, solid and gaseous hard pieces which emitted from the process of burning. And that smoke you see happens when autoignition happens from all that substance above. Then begins combustion. It’s all starts on the fire. Burning or combustion is a chain of very rapid chemical reactions with very well-known products, toxic ones. How many of them? Not sure.

Few years ago, some study was done, and it appeared that smoke made of like 4 thousand of chemicals. Then few years later it was discovered that more correct number if 7 thousand, including carcinogens. There are for sure about 200-300 proven to be damaged to human health and around seventy which could lead to cancer. That’s all we know for the moment. Probably in future it will be even more detailed.

That burning process create all that negative buzz and it’s true. Smoke will always have these bad things in it. You can even fire some vegetables and their smoke will not be good for youJ

Tobacco for sure is not some vegetables. It’s mixed with chemicals such way that tobacco will burn faster as well as nicotine will absorb faster as well. It’s done that way because people will smoke more cigarettes that way – faster uptake of nicotine and faster burning/combustion so you need another cig. Tobacco also have ammonia for faster absorption into brain cells all that nicotine.

You still need to know more about smoking name and process. It was widely released to public in like 1964 all that negative effects of smoking. All this was top secret before that. And from that moment tobacco companies make smoking even more addictive. We can talk that smoke is on top of its danger level.

American Cancer Society provided data for that list and its small sample of few harmful things.

Smoking and Vaping – what’s the difference?

ACS in fact released some statement regarding that issue. They DO recognize that difference between those two actions after long battle with vape products. They now recommend the doctors that they should advice patients to use some approved methods to quite smoking. ACS also confirmed that vaping is safer than smoking. Result of all this that the doctors now advise smokers to switch to vaping if they can’t stop smoking altogether.

Let’s now talk what is vapor. It consists of heating the liquid to the moment where it is becomes a gas or like we call it – vapor, and then it gets inhaled. So, it’s sort of substance in a form of a gas. In order to make it vaporize we need some heat, but not too much – not to the point where it will burn itself completely. It’s how gas or vapor being done. But it’s not smokes at all! Vapor doesn’t mean smoke.

Very big deal in whole that process of making vapor, that by doing so we do not change anything in the e-liquid itself. Its whole chemical composition remains simply the same. Most obvious example would be water probably.           When it’s boiled so much that it’s become vapor it’s still water in chemical sense, I mean it’s still H2O just in another form. Burning unlikely create new chemicals and components.

Whole world of vaping devices suited for making heating the liquid to the point of vapor state. And here lie some pitfalls. Cheap devices can make your e-liquid burn. Also, bad or improper use of the device can lead to the same result as above. But actually, if something is wrong and your e-juice are in fact burning you will feel it by the taste. If that is discovered, then just now please decrease power or simply replace your vape pen.

Small notice: At Gypsy Vapes we use only highest quality materials for our vape pens and vaporizers, so you can be sure with buying from us.

Gypsy Vapes vape juices are done by the real pros with lab quality.

Like you may already know all that components present converted into vapor include nicotine, vegetable glycerin, propylene glycol and some flavoring. Research done by leading California State Universities discovered that vapor do not impact the quality of air around you. But vapors should not vape with people who are not comfortable with vaping, that’s for sure. And you shouldn’t vape around kids anyway I would say.

There were some false reports that somebody has found some toxins in vapor from e-cigs. Probably overheating cause of power overwhelming happened so vapor was burned. But vape persons do not vape things like that;) You will feel that burnt taste and it will be a signal that something is wrong. Just lower the power or replace the coils and all will be good again.

Note: you really should use only quality manufactured electronic cigs with good voltage output, check with manufacturer, but in average it should be like 3.8 to 4.2 range of volts.

As already being talked vapor consists of various substances from initial liquid form. And if there are pollutants in vapor they got here from pollutants in e-liquid. That one more choice to the opinion that vapers should use only professionally done e-liquids by qualified lab personnel. There are lot of craftsmen in this field though you really need some pro equipment and trained pros in that field.

Note: Gypsy Vapes e-liquids are “Made in USA” in a lab full of needed pros. We sell e-juices which have won several awards in various times.

This comparison starts with understanding real difference here between those two things – smoke and vapor. And indeed, there is a difference! We already covered it in that article more than fully, but I want to add to all that that vapor does not have things like ash, odor or tar which usually connected with process of smoking. Agencies like PHE (Public Health England) also confirmed that vapor is close to 100% safer than smoking. But that is good old Europe. You can’t state things like that in America till our agency called Food and Drug Administration confirm this officially. For now, they are just studying the issue.

Organizations called like Centers for Disease Control and Prevention run some advertising campaigns against our deal;) People from groups about anti-tobacco also do not like vapers. And for sure people who lobbying tobacco do not like us. Vapers and companies like us on its own. But CDC in some interview noted that “e-cigs for sure have fewer toxic qualities than usual cigarettes”. So even our haters finally must admit the truth about vaping.

If you are somewhat adult person you can use your own opinion and commons sense regarding that topic. Just do not forget that vaping is real alternative for tobacco consumers and recommended by some doctors already.

You could try any of vaping products in our website GypsyVapes.com